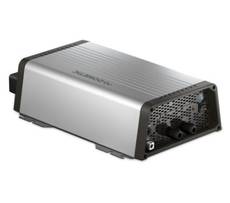 What types of inverters are there?

Inverters can be divided into 2 main groups:

Modified sine wave voltage converters are also called trapezoidal inverters. They are available at a much more affordable price, but their major drawback is that they are not suitable for some devices. They are usually perfectly suitable for electronic appliances and carbon brush motor driven machines. These inverters produce a trapezoidal or square wave signal instead of a perfect sine wave.

As mentioned above, inverters have a wide range of applications. Mobile phones and coffee machines, as well as ceiling fans and irons, can be powered by these low-power devices. The average household electrical appliances operate at around 50W to 1000W.

This includes drills, circular saws and impact drills, as well as a wide range of other work equipment. An average angle grinder, for example, requires between 800 and 1500 W, but a pressure washer can reach up to 3800 W. It is very important to make sure whether an inverter is required for variable speed machines, because if so, it is advisable to opt for pure sine wave voltage converters.

How to choose an inverter?

In terms of power, inverters range from 230V/100W models to 230V/2000W units. Naturally, the lower wattage devices are mainly suitable for charging smaller devices such as phones, notebooks and tablets.

The type of battery and the device to be powered will determine whether a 12V or 24V inverter is required.

What types of inverters are available in our online shop?

Are inverters safe to use?

Yes. The DC/AC inverters in our range have both overheat and overvoltage protection. This means that if the device in operation is overloaded or overheated, the inverter will shut down immediately, preventing damage.

If you're looking for a reliable, state-of-the-art inverter for the long term, choose one from our range above to suit your needs!